10 Things to Do Before Graduation 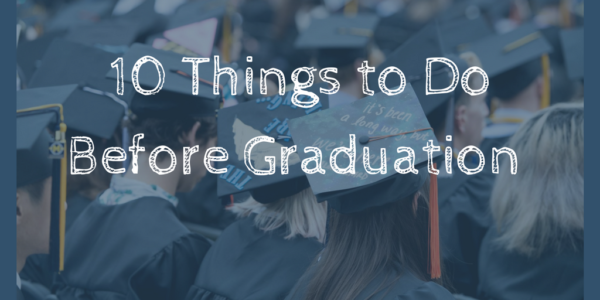 A new interactive mural features U-M and Ann Arbor landmarks that will make any soon-to-be-graduate feel nostalgic. Don’t forget to take a picture under the graduation cap to celebrate your accomplishments! See the Michigan Wings on the wall of Tower Plaza, at the corner of E. William and Maynard. 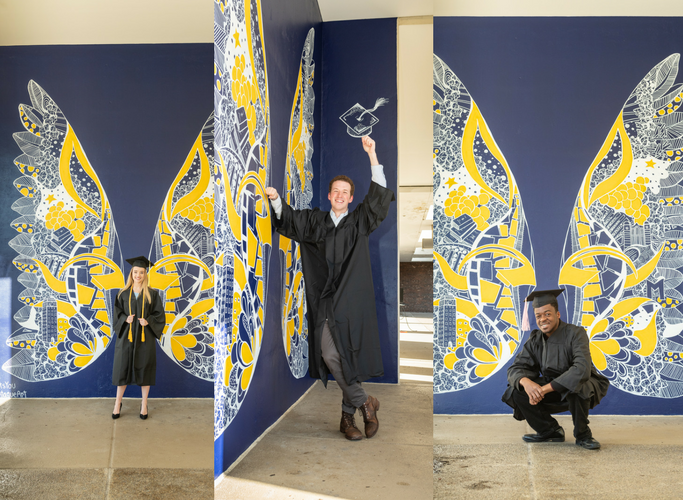 The Fleetwood Diner. Isalita. The Lunch Room. Whatever it is, now’s the time to grab some friends and try as many menu items as possible. You might have a new favorite spot you’ll know to visit when you come back to Ann Arbor as an alum.

Assemble your coworkers, friends, or student groups and take part in one of our most treasured campus traditions. Wait until late at night to make your mark, but be aware you’ll have to stand guard until morning if you don’t want your artwork to be painted over.

This newly renovated theater is a signature feature of State Street. You’ve walked under its neon marquee hundreds of times, but if you haven’t eaten popcorn while watching one of their midnight movies, this Friday is your chance.

Unless you lived there during your freshman year or are graduating with an engineering degree, you probably haven’t spent much time on North Campus. Take the 10-minute ride on the Commuter North bus and see all that NC has to offer. Don’t forget to check out the Wave Field.

Take advantage of Pizza House being open until 4AM while it’s still socially acceptable for you to eat feta bread in the middle of the night. Their “Late Night Cravers Menu” is just too good to pass up.

We’re all familiar with the story our campus tour guide told during freshman orientation. If you kiss someone at midnight under the West Hall Engineering Arch, you’ll marry them one day. Why not test the theory?

Arguably the biggest celebrity to regularly walk the streets of Ann Arbor, Reggie will never pass up the opportunity to make new friends. Look for him on the Diag on a sunny day and you might just end up on his Facebook page.

Taking a picture of the “Love is what you want” neon sign doesn’t count. Continue your education by checking out some of the lesser-known works at the University of Michigan Museum of Art, including the cool Japanese poster exhibition currently running through May 6. 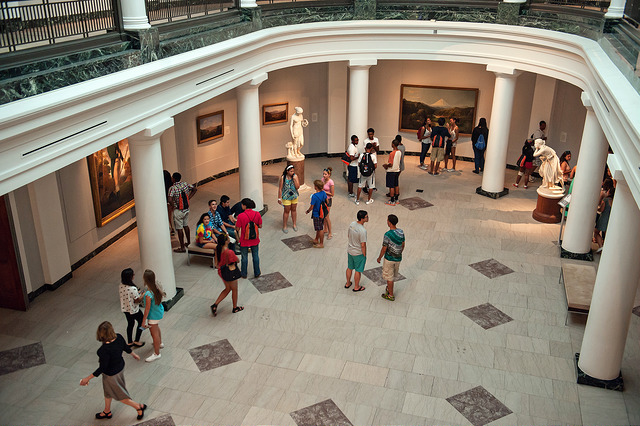 You’ve been there for a football game and you’ll be there for commencement, but there’s nothing quite like a quiet, empty Michigan Stadium against a golden backdrop.