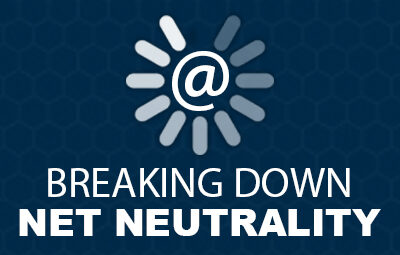 As the holiday season kicks off, hot-deal days like Cyber Monday have seen Americans using the internet like never before. This year, Cyber Monday hit a new record of $6.59 billion in sales, according to a report released by Adobe (Su, 2017). This makes Cyber Monday 2017 the largest U.S. online shopping day ever.

But what will Cyber Monday 2018 look like, if the FCC’s push to repeal net neutrality succeeds? What is the likely effect on internet sales and those millions of e-shoppers? online businesses? social media?

The subject of net neutrality is a difficult one. For one thing, very few people really understand what the term itself means. “Net neutrality” is defined by the Merriam Webster dictionary, among others, as “the idea, principle, or requirement that internet service providers should or must treat all Internet data as the same regardless of its kind, source, or destination.” So, instead of the internet being “open access,” similar to the way it is right now, it could look more like the cable TV model: users would pay a fee for a few “basic” websites like google.com and pay more for packages of “premium” websites. 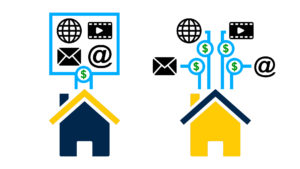 The current rules put internet service providers (ISPs) under a utility-like law in accordance with Title II of the Communications Act of 1934 (Mandad, 2017).

In addition to giving large ISPs like Verizon and Comcast the power over what channels to offer, repealing net neutrality could also allow them to alter or prioritize how users travel to their digital destinations. Imagine that the internet is a highway and ISPs decide to open a “fast lane” that prioritizes traffic like large video streaming services or online retailers, but leaves other sites in a “slow lane.” ISP customers may be happy to see improved speeds when surfing, shopping, gaming, or streaming, but site managers worry about what may happen to their traffic—and business—if they end up in the slow lane. One of the major concerns surrounding the repeal is that money buys bandwidth; but not everyone will be able to pay the toll.

With the possibility of a “pay for play” telecommunications policy, less-popular websites and some small businesses might find themselves at the mercy of cable and wireless companies. Without the protection of net neutrality regulations, they fear they may not have a level digital playing field to compete against deep-pocketed industry giants that can afford to buy an edge online (Hsu, 2017).

As it currently stands, the internet is the “great equalizer,” allowing everyone access to the same knowledge. If paid prioritization was to take place, it is possible that the “fast lane” would be populated by entertainment-focused and commercial sites, while less-popular destinations (that could include those with a .edu) might be disadvantaged and get stuck in the “slow lane” (Zaino, 2017). Should a repeal take place, college-aged students, in particular, may feel the effects sooner than most Americans because of the way they work, study, and access information. Students used to unlimited access to educational resources could see them suddenly curtailed. For this reason, many feel that the loss of net neutrality may jeopardize the core teaching values and mission of educational institutions which rely on uncurbed and evenhanded access to a variety of information.

Recently, more than 200 firms joined together to write an open letter to FCC chairman Ajit Pai defending their pro-regulation stance. Twitter, Pinterest, Reddit, and Airbnb were among the signatories to the letter, which saw the record-breaking Cyber Monday as “a testament to the power of the free and open internet to encourage entrepreneurship, drive innovation, make our lives easier, and support a healthy economy” (Dent, 2017). Net neutrality, the companies wrote, could disadvantage small- and medium-sized businesses and prevent innovative startups from even getting off the ground, hindering their economic growth.

Many ISPs are simply eager to seek repeal of or amendment to the regulations since that would allow them to compete more equitably. The market would pick the “winners” as consumers would be allowed to select which provider and package they prefer. “The FCC cannot be responsible for business models of ISPs, nor will they be looking to prohibit services, applications, or products that could spur competition,” said Pai (Mandad, 2017). A repeal could significantly help them deal with competitors and would make it possible for ISPs to develop lanes tailored to what users are doing. For example, trying to download a large file to iCloud can take a lot of time, but the ISPs could slow down other properties to speed up the download. Pai is merely clearing the way for internet service companies to curb access to some websites—a “fast lane” and “slow lane” for the internet (Nusca, 2017).

Ultimately, it can go in two directions: net neutrality opponents are concerned that the rules will increase regulatory costs and decrease the profitability of networks, harming consumers. And the non-neutral practices may, in fact, facilitate certain types of innovation that make otherwise impractical applications possible (Kerr, 2017). And it should not be forgotten that the ISPs could very well choose to refrain from instituting any major changes to their policies, with the population not seeing much difference in their internet use.

Rolling back net neutrality regulations could have an effect on the way we all use the internet—and an effect on social media. The percentage of Americans who are active online has gone from 24 percent in 2008 to 81 percent in 2017 (Edison Research, 2017). Social media could take a hit if the most popular platforms were lumped into an “entertainment” package that suddenly incurred a monthly usage fee. We develop content for six different platforms here at UMSocial. If ISPs were to choose to play favorites, certain social platforms could see a large drop in users, leading social media professionals to reassess and prioritize their social strategy content plans.

Learn more about net neutrality from a few of our Michigan Engineering experts.

Nusca, Andrew. (2017). Net Neutrality Explained: What It Means (and Why It Matters). Fortune.

Trombley, Michael. (2017). What in the world is net neutrality, anyway? UNE Online.