Conversations for Change: Fighting For Your Identities 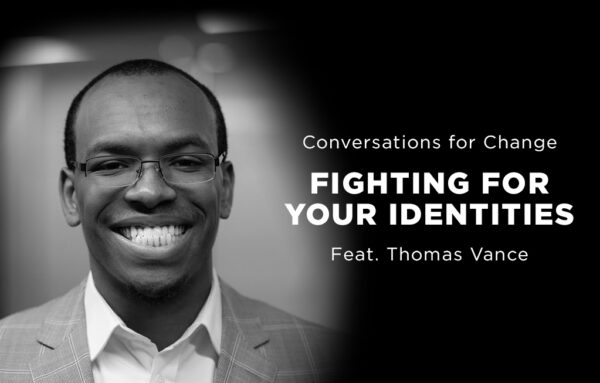 U-M senior and Speaker of the Black Student Union Thomas Vance emphasizes the importance of intersectionality and the difference between true allyship and performative allyship.

Q: First of all, Thomas, thank you so much for being a part of Conversations for Change. Can you tell us a little bit about yourself, your role on campus, and why you wanted to be a part of this podcast?

Yeah, thanks for having me. My name is Thomas Vance. I’m a rising senior, studying political science and African American Studies. I’m a member of the Michigan Debate Team, as well as the Speaker of the Black Student Union [BSU]. I’ve been involved with the Black Student Union ever since freshman year. I’ve always had a passion and an affinity for giving back to the community, and I thought that the BSU was the best way to do that.

Q: That’s really awesome. And the Black Student Union made a statement about the current climate and the police violence against George Floyd, Ahmaud Arbery, Breonna Taylor, David McAtee, and Tony McDade. Can you talk about some of the action items that were included in the statement and the impact it has had, or that you’re hoping for it to have in the future?

Yeah, so the four specific action items we listed were starting a book club, sending out care packages, creating a pamphlet that lists all student rights in regard to protests in anticipation of protest activity in the fall, and working with other student organizations to make sure that we have an action plan in place to cohesively organize.

And I’ll say that publishing [the statement] in the Daily was very important for us, because we didn’t just want our Twitter and Instagram followers to se 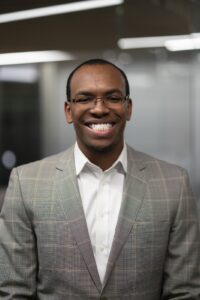 e it, or the people on our listserv. We wanted alumni to see it; we wanted Ann Arbor community members to see it. The BSU has had a large presence within the city of Ann Arbor and within Washtenaw County. So making sure that we kept that presence was important to us.

The idea of having an action plan that’s set with other Black student organizations is so that we can all provide space for the members of each of our communities, so that we can provide material resources as well as emotional and psychological resources. That way people are able to organize effectively and cohesively, and come up with different strategies, because however you choose to advocate for the betterment of the community should be respected and should be something that we empower.

Q: Intersectionality, or the overlapping categories of identity, plays a huge role in how individuals are perceived by society. Can you describe the importance of intersectionality within the Black community?

In the 70s or the 80s, Kimberlé Crenshaw coined the term ‘intersectionality,’ even though people already knew what intersectionality was. It’s one thing, as Black people, to just focus on race, because that’s the thing that unifies all of us. But what happens when somebody is being oppressed because of their race and their gender, or their race and their sexual orientation?

“And fighting for your identities is not mutually exclusive, which is why the intersectionality is very important in our community, because Black people aren’t just oppressed because they’re Black.”

They’re oppressed because they’re Black women, they’re Black trans folk, they’re Black women who have disabilities. But oftentimes, some of those identities, that may be invisible or everybody doesn’t know about, are not really discussed, and the idea of compounding and interlocking oppression is not discussed either. There was a Black trans man who was killed, but whether or not people are saying Tony McDade’s name is a little questionable.

Are we really looking to empower and liberate all Black people, or is it just a certain few? When people say “all Black lives matter,” do all Black lives truly matter? Are we just talking about Black men, Black cisgendered people, Black heterosexual people? How can we seek to liberate ourselves when we’re not focusing on everybody’s oppression?

I don’t go through the same struggles that a Black woman goes through. I don’t go through the same struggles that maybe a Black trans woman goes through, but it’s still my responsibility as a Black man, and as a Black person in general, to make sure that those stories are told, those people’s voices are heard, and that my actions are not complicit with a system that keeps them oppressed on a basis that’s not their blackness and making sure that my actions are actively working toward the liberation of all Black people.

Q: Thank you. It’s super important to acknowledge all of those parts. In light of recent events, there has been an increased call to allyship, and many people want to be an ally to the Black community, so what does it mean to truly be an ally?

I think how you show up as an ally is a very personal decision, and I think it should be very private because otherwise it just looks performative. There are different ways to be an ally. You can choose to educate yourself and try to disseminate that knowledge to other people.

Another way is to donate. People think that you have to be on the front lines, you have to hold up a banner, you have to be outside for hours over the span of weeks to be an ally, but that’s not true. You can donate to the causes if you don’t have time. You can find different bail funds to donate to so that protesters who were just exercising their First Amendment right are not in jail with ridiculous cash bails. You can find different nonprofit organizations to donate to that are doing the real community work and trying to make community change in different aspects.

And then of course, if you want to protest, if you want to be on the front lines, if you want to use your body as a shield to prevent somebody Black, somebody indigenous, or another person of color from being harmed by the police, that’s also a way to show up as an ally. But I think people have this notion that being an ally is like a resume or a job description. But it’s really where you can see fit.

Performative allyship is just like “clout chasing.” It’s posting the Black tile on Instagram. It’s posting someone else’s artwork of a George Floyd memorial. I think the big thing is that it’s only showing up for a marginalized group in times of struggle.

I think that actual allyship looks like showing up for Black communities in times of struggle and at times of success; when shit hits the fan and it’s hard, but also in times of prosperity, because we should always be lifting each other up.

Let’s start before freshman year. I got a copy of the Michigan Daily in the mail. And it was, I want to say, 23 pages of: here was a bias incident and then here’s what happened afterward. And I was like, “Yo, what did I get myself into?”

I got here in 2017 and I sat next to one of the guys in my class who had the N word written on their door in West Quad. I had friends who participated in the 2017 protests who stood outside Schlissel’s house. That was my first introduction to Black activism on campus. For me, it was still a time where I was just going to focus on school and debate because those are the two things I was here for. And I was still trying to figure out what I wanted to do in college, so it definitely wasn’t something that I prioritized.

I think over the years a growing need to advocate for current and future Black students got a little bigger in me because you hear the same story over and over again. So it’s still disheartening all the time, whether it’s a white member in a classroom playing devil’s advocate, if it’s a professor who punishes students for feeling uncomfortable when the professor uses the N word.

Overall, I’d say my experience has been relatively positive. And I think a lot of that is because I made the decision to take African American Studies courses so that, whereas PoliSci is a predominantly white field, African American Studies is a predominantly Black field. And so I’m able to surround myself with Black classmates and Black faculty who can teach me a lot about Black history. And that was something that was important for me. So it’s in those classes that they would open up space to process bias incidents.

Then it’s up to students and student leaders and the university to try to make the experience for all Black students good. I think in the context of DEI, the university is trying to do a lot, but change is slow and it never comes easy. But in year four, when you have students who are about to graduate and they feel like nothing’s different, it’s much harder to look them in the face and say, “change is even slower,” because you thought you would see something.

While DEI is doing their thing, I’ve tried to think of ways where the BSU could move the needle a little bit. So we’re trying to work with Undergraduate Admissions to increase the amount of Black students on campus through peer-to-peer interaction.

Q: Do you have any final words, messages, calls to action, you would wish to share with the U-M community?

Three things. Even though I’m the Speaker of the Black Student Union and even though I’m a Black male at the University of Michigan, I do not represent all Black students and the BSU does not and cannot represent all Black students, despite our best efforts to make sure that they feel most supported. That’s something I feel like I have to say because I feel like oftentimes people say, “Oh, go listen to this interview with a Black person and you’ll get the Black perspective.” And I just want to make it crystal clear that this is not the perspective that all Black students share. Even though you hear similar threads and common stories, everybody has a unique experience.

The second thing I’ll say is, right now, it feels like the world is on fire because there’s coronavirus, racism—which has always existed—and then there’s just discussions of things on social media, like sexual assault and those who perpetrate or are alleged perpetrators of sexual assault in our community.

So I think what people should really do right now is to really foster and build a sense of community amongst your peers, family members, your colleagues at work, the people that you work with on your organizations e-boards, because I think community is something that everybody could benefit a little more from.

Oh, a fourth thing. Happy Juneteenth! This is a beautiful day for a socially distanced cookout. And this is a great day to talk about blackness and intersectionality. So, thanks for having me and happy Juneteenth.

Thank you for having me.