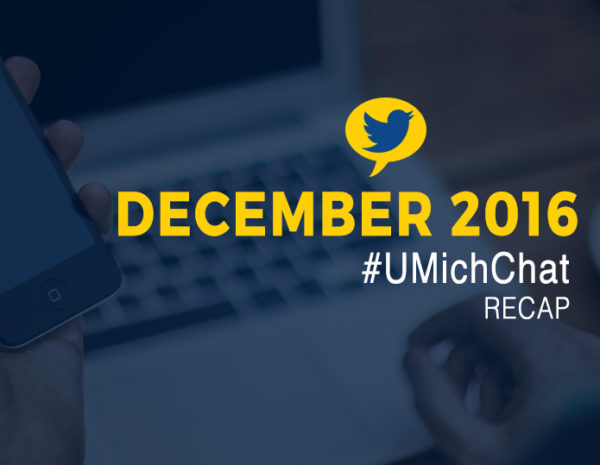 Are we consumers of fact or fiction? How do sensationalized headlines and inaccurate stories shape our perception of current events? In an online environment full of fake news, how do professional journalists continue producing quality content and ensure they are reporting real news? 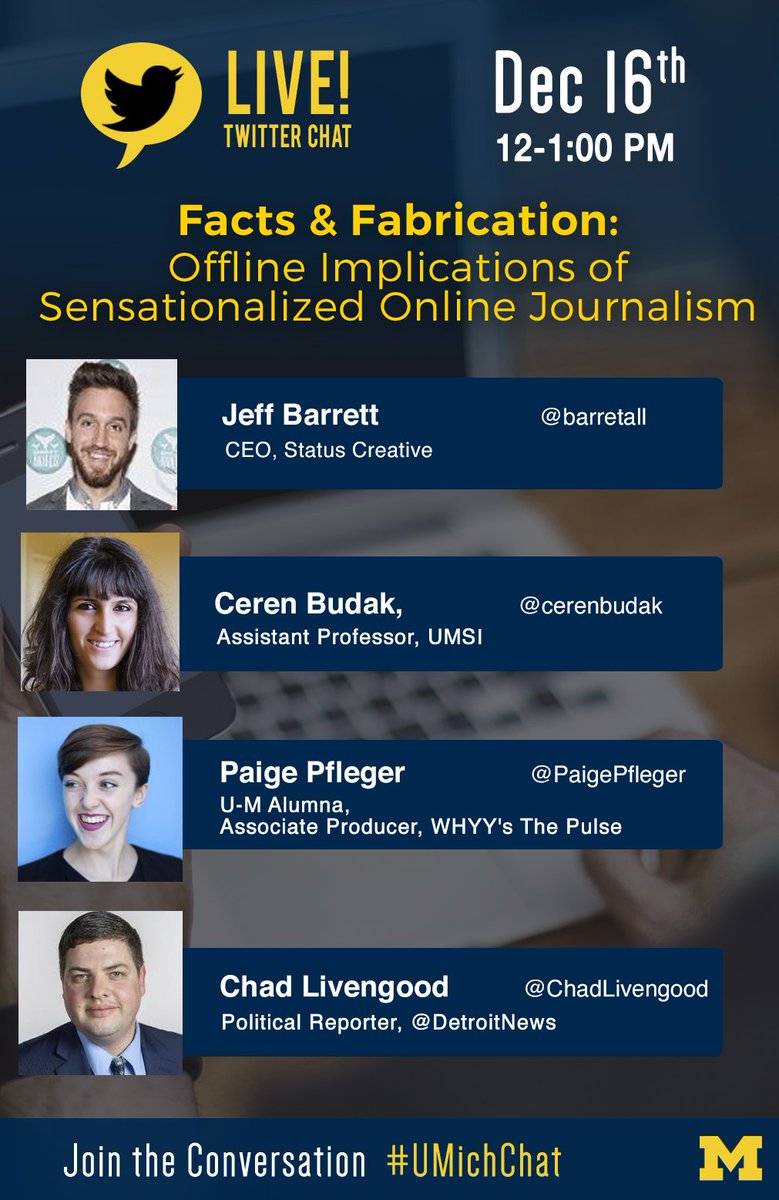 Our December 2016 #UMichChat addressed these questions and more, as we brought together a panel of journalists and media scholars to discuss “Facts and Fabrication: The Offline Implications of Sensationalized Online Journalism.”

Clickbait and fake news have been on the radar of social media companies and media publishers for a few years. But the recent presidential election has brought more focus to the topic. A 2015 Pew Research Study found that 62 percent  of sampled adults get their news from social media, a significant increase from the percentage of respondents who reported this behavior in 2013. As more and more Americans turn to social media as a primary news source, it becomes more important than ever to address this critical issue.

Our four panelists were:

Our panelists answered complicated questions that related to this issue, such as: 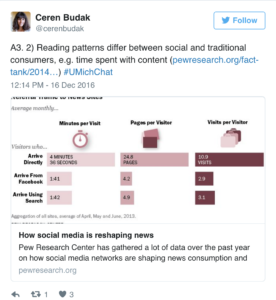 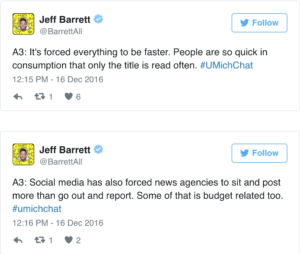 Their definition of journalistic integrity:

How clickbait has impacted the news landscape: 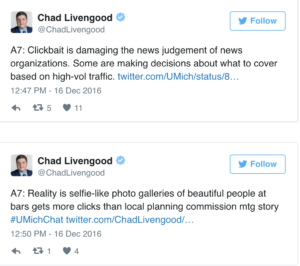 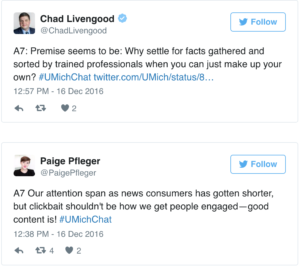 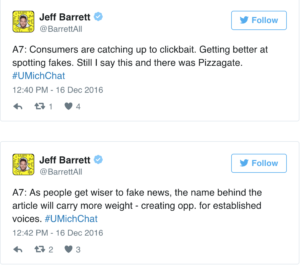 The motivation to create fake news: 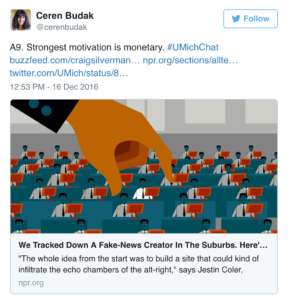 —and many more. The combined expertise of our panelists, along with our audience’s interest in this topic, resulted in a dynamic, meaningful, and engaged conversation, with panelists sharing ideas not only with the audience but also with each other:

One of the most exciting moments of the chat was when News writer Livengood had to stop answering questions so he could tweet breaking news. (A candidate had just announced a run for Michigan GOP Chair.) The audience got to witness journalism in action, and see the truth of the old adage that ‘news never stops’ with this first-hand of example of breaking news dissemination on social media..

Over the course of the hour, our hashtag was used 226 times by 56 distinct contributors. Tweets containing #UMichChat reached an estimated audience of 729,469 people, generating more than 11 million impressions worldwide. Not even halfway into the chat, #UMichChat was one of the top 10 trending topics in the Detroit area, and was even identified as the #50 trending topic in the United States: 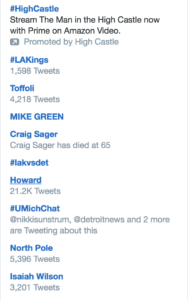 #UMichChat has consistently been a trending topic each month since May 2015, and we predict that this pattern will continue with conversations to come.

If you weren’t able to join us for the live conversation, you can find an archive of the whole chat on Storify. We’re extremely pleased with the outcome of this chat and look forward to facilitating many more great conversations in 2017. Be sure to follow along!