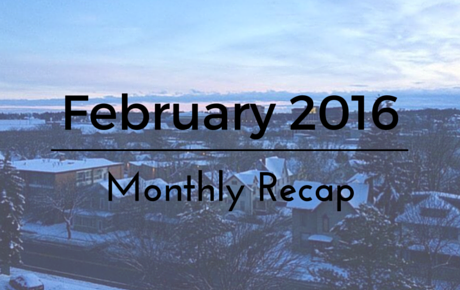 As February draws to a close, it’s time to review the most significant success stories of the past 29 days. From Valentine’s Day promotions and our two-year anniversary on Snapchat to collaborations with campus leaders in engineering and the arts, the #UMSocial team shared news and updates from all areas of campus.

We released the second installment of Navigating the Maize, a video series that aims to give audiences a sense of the rich variety of experiences on campus. In this episode, #UMSocial intern Peter Shultz returned as the UMich Try Guy, undertaking the challenging task of driving a Zamboni at Yost Ice Arena.

Ann Arbor is well known for its thriving arts and cultural scene, and we celebrated that tradition of artistic excellence with a promotional video, Arts & Culture at the University of Michigan. Coinciding with the launch of the new <a href=”http://arts.umich.edu/”>Arts & Culture website</a>, the video features interviews with campus leaders and stunning footage of performances, museum exhibits, and displays of public art.

Thousands of University of Michigan students met their significant others on the U-M campus, and Valentine’s Day gave us an opportunity to ask our followers to share their #UMichLoveStory. Capitalizing on the popularity of the “Follow Me” photo series that began on Instagram in 2013, we created a similar motion graphic that depicted a Michigan couple at the iconic engineering arch on Central Campus. Receiving 2,509 views and generating 12,697 impressions, this post was among our top-performing pieces of content of the month.

On February 15, we took the opportunity to observe both Presidents’ Day and Black History month by sharing the inspirational story of Druval Johnson, U-M’s first African-American class president. Johnson’s message fared well with our audience: the post received over 300 comments and reached an estimated social audience of more than 83,000 people.

This month saw two departmental takeovers on Instagram. First, we followed a team led by Michigan Engineering graduate Frank Sedlar, who uses social media data to map severe flooding in Jakarta, Indonesia. Next, we provided a behind-the-scenes look at an exhibit at the Kelsey Museum of Archaeology, which featured never-before-seen artifacts from Oplontis, a coastal Italian town that was destroyed by the same eruption that buried Pompeii.

Holiday content is a consistent crowd-pleaser. It’s also an opportunity to take some creative risks and experiment with presenting content in new and different ways. We used motion graphics to celebrate the Lunar New Year (or “Spring Festival,” as it’s known in China), and Valentine’s Day. Thanks to Instagram’s newly available “video views” metric, we learned that our Valentine’s Day motion graphic was viewed more than 19,000 times. We’re continually exploring ways to make content more engaging.

We continued to facilitate weekly Snapchat takeovers by our colleagues in the College of. Literature, Science, & the Arts. Every Tuesday, the LSA social team took us behind the scenes to look at a different LSA program, event, or initiative. Their stories—which included a talk by former Twitter CEO Dick Costolo about the value of the liberal arts and an exploration of the LSA linguistics program— continue to deliver unique perspectives on some of the fascinating things going on in the Michigan community.

February 26 marked the second anniversary of the launch of our ‘uofmichigan’ Snapchat account. To celebrate, we’re planning some surprises for the week after spring break, and we encourage our followers on campus to keep their eyes peeled.

Our Twitter presence, @UMich, serves as a space to facilitate community dialogue, and the monthly #UMichChat feature is one of the most effective avenues to start those conversations. This edition, which focused on Black History Month and U-M’s annual MLK symposium, was a prime example. On February 5, we brought together a panel of faculty and students for a discussion about some of the diversity, equity, and inclusion efforts on campus. Each participant provided a unique perspective into this critical issue and contributed to the conversation about the current state of diversity at U-M. As the Diversity, Equity & Inclusion work continues, we’ll continue to keep our followers apprised of progress, and provide them with ways to share their opinions and ideas.

We continued to bring live events to our followers with the #UMichTalks lecture series. This month, we had the opportunity to feature several fascinating events as part of the continuing #UMichTalks lecture series. The Flint water crisis was a major national news story in February, and we live-tweeted a briefing covered a talk on entrepreneurship given by Chris Hughes, one of the co-founders of Facebook. Since its inception, in 2015, #UMichTalks has become widely recognized throughout campus and utilized by dozens of individual departments. #UMichTalks will continue to offer relevant and timely content throughout the year.

With a number of new campaigns planned for the coming months, we look forward to continuing to engage with the community in innovative ways, extending our outreach across all channels.