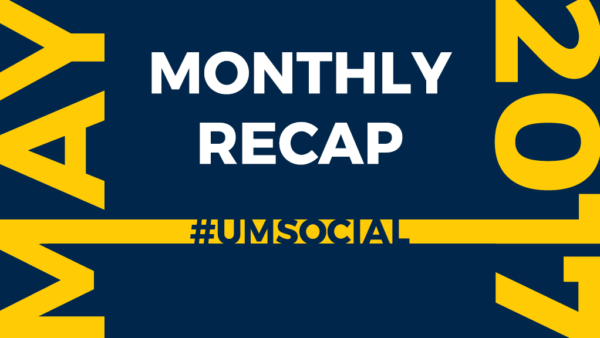 April saw the most recent class of U-M graduating class receive their send-off at Spring Commencement. The term may be over, but both offline activity on campus and online activity at UMSocial remains in full swing. Follow along for some key highlights.

On May 16th, we published a 360-degree video tour of the University of Michigan’s Survival Flight team. This critical-care transport program is vital to Michigan Medicine’s day-to-day operations, and this video provided our followers with an inside look at how the Survival Flight team prepares for the rapid and safe transport of patients. The uniqueness of this content, in addition to the use of 360-degree video technology, made this our top-performing post of the month. 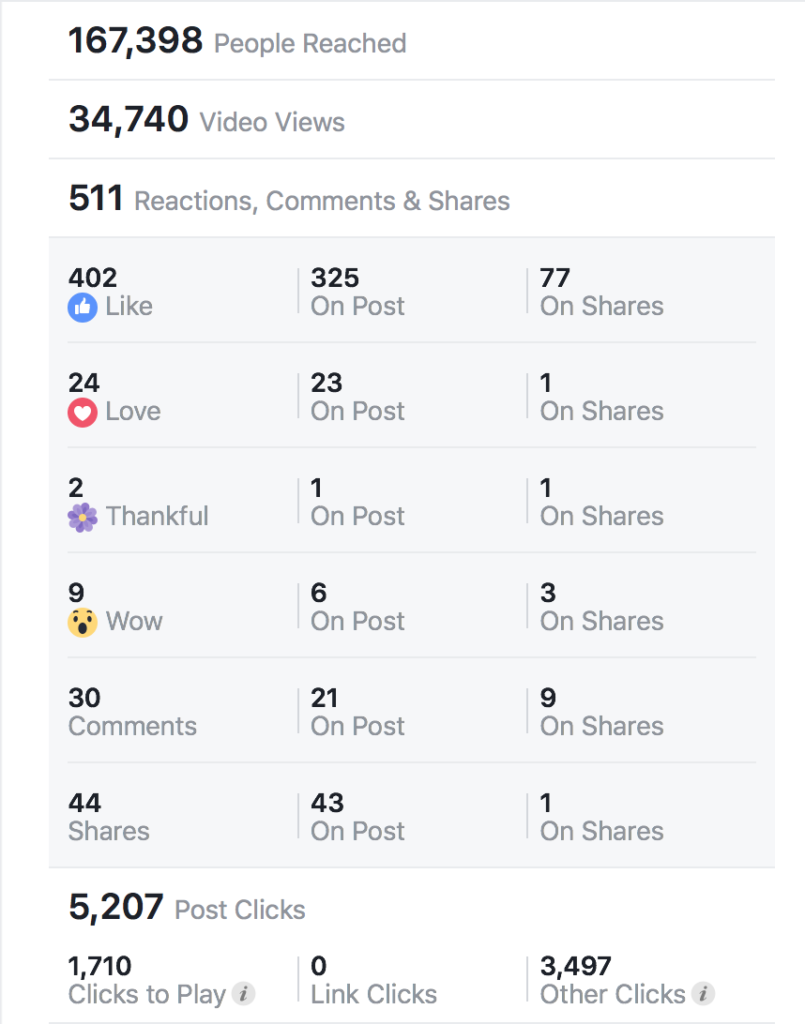 We look forward to using 360-degree video for more creative campaigns in the months to come.

On May 26th, we hosted a conversation about gap years and non-traditional paths to success. This #UMichChat aimed to expose our audience to a topic that isn’t often discussed—or encouraged—in an academic setting. Our panelists included a career coach from the University Career Center, as well as three U-M students who chose non-traditional experiences at some point during their academic careers. 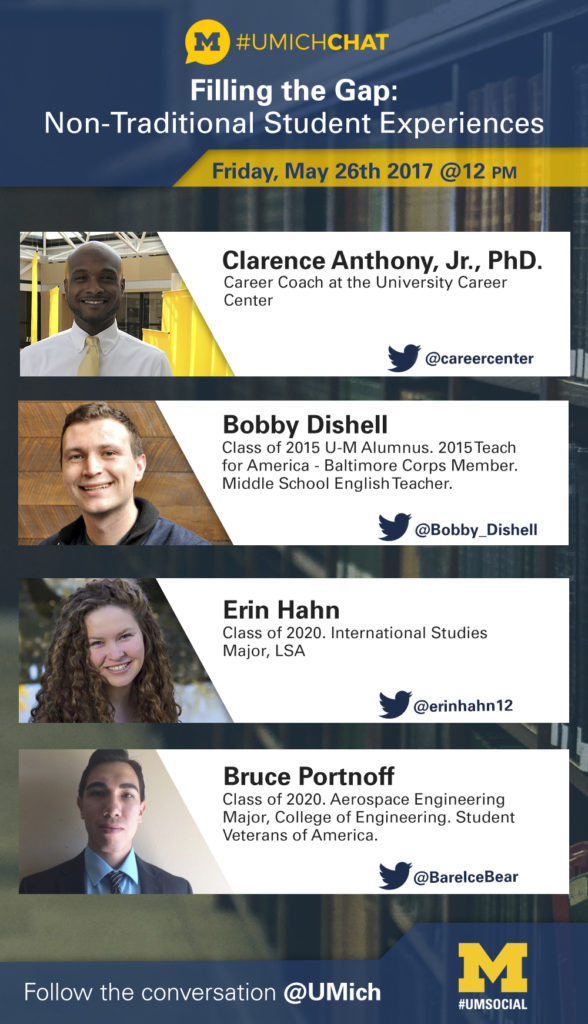 We learned that common motivations for students who choose to take a gap year often revolve around a desire to explore other cultures and career paths outside the confines of the classroom. Our panelists agreed that although their gap experiences were often challenging, they provided opportunities for personal and professional growth that they might not have found in a school-sponsored experience.

At the beginning of the month, Crayola announced the discovery of a new shade of blue and invited fans to submit names for the color. We suggested “Wolverine Blue” in what became our top tweet of the month. 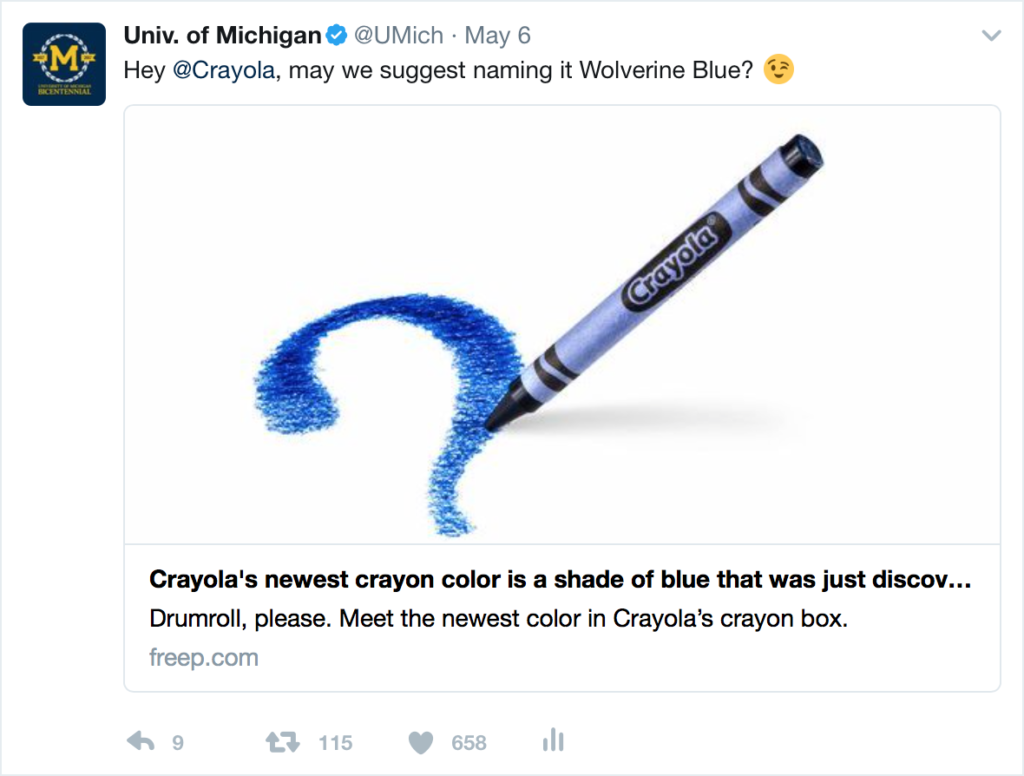 Fingers crossed that we make the top five color names when they’re announced in July!

Our top-performing Instagram post of the month highlighted Charles Woodson as the only defensive player to have won the Heisman Trophy. Posted on May 28th, this photo went on to receive 83.6K impressions and 5,798 likes. 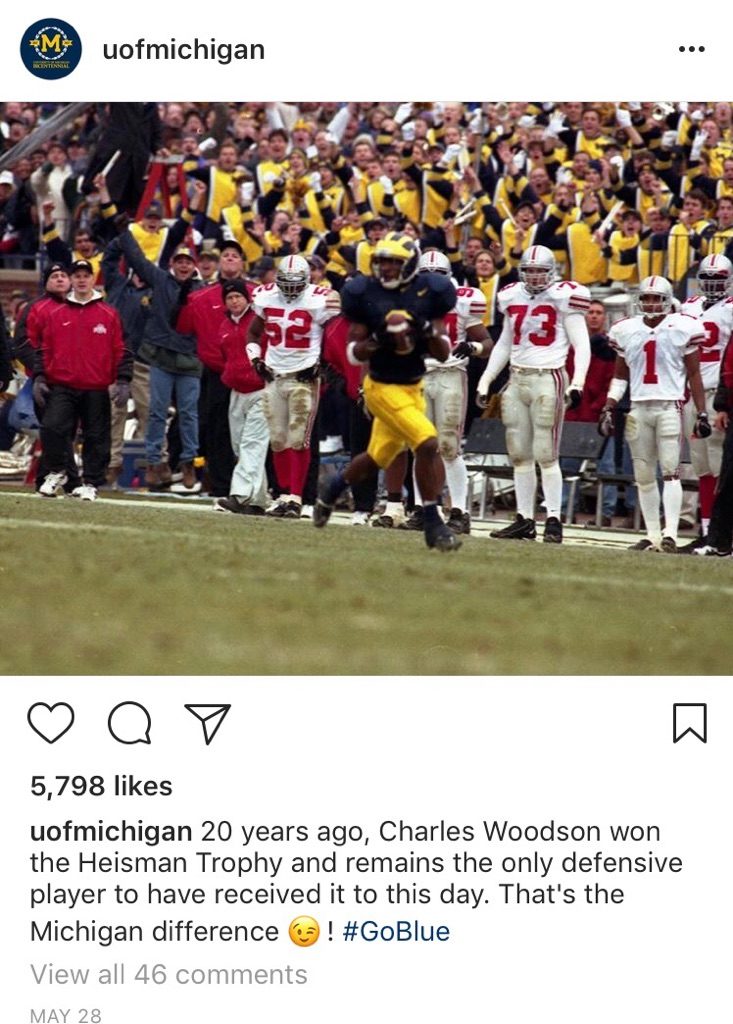 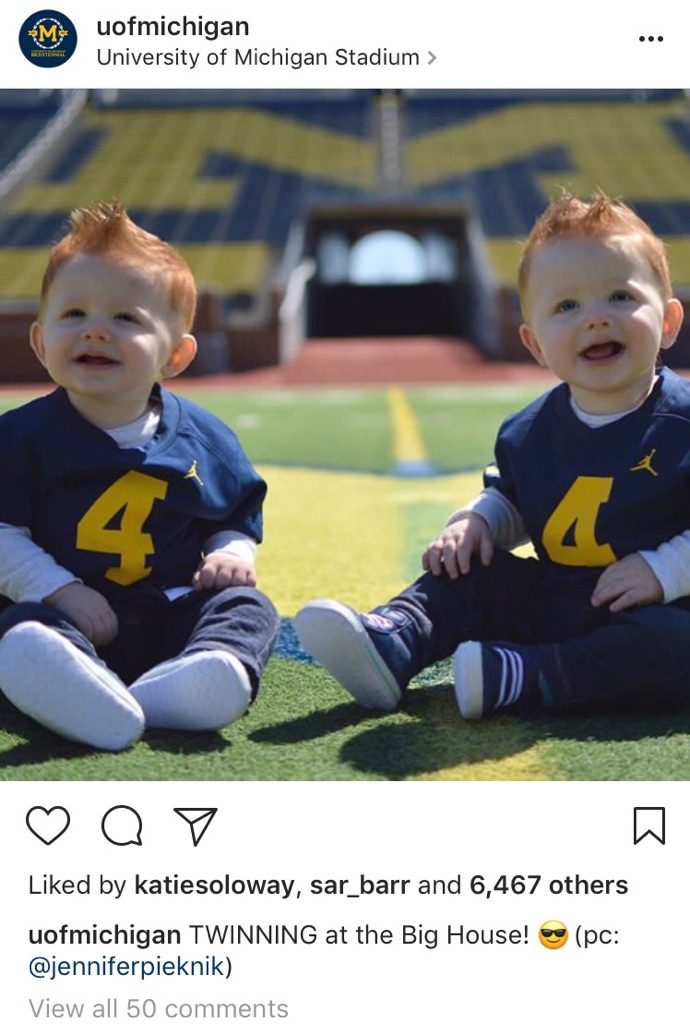 This month we revived our #UMichMixtape playlist on Spotify, featuring music curated by a different student each week. This playlist is a great way to introduce our followers to music they might not have heard before. We’re excited to see the playlist gain more followers as we continue to feature the unique tastes of U-M students. If you’re a student interested in curating a playlist, contact us at umsocial@gmail.com.

During the last week of May, CSG Vice President and Truman Scholar Nadine Jawad took over the @UofMichigan Snapchat as she traveled to Kansas City, Missouri for Truman Scholar Leadership Week. In addition to showcasing the variety of events hosted by the Truman Foundation, Nadine introduced our audience to many of the Truman Scholars from other universities.

Thanks for following along! Check back next month for reflections and insights about our creative campaigns and top-performing posts of June.