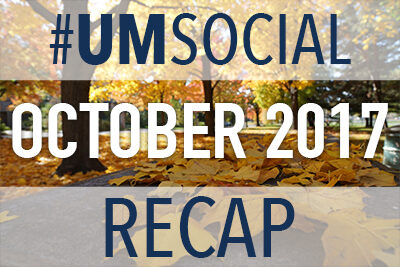 From HAILstorm! to Hail-O-Ween, October was an exciting month for UMSocial. The unique events and creative campaigns we featured were shared widely across platforms. Follow along for some key highlights.

On October 28, we shared the Michigan Marching Band’s Big House performance celebrating our bicentennial. This became our top-performing post of the month, reaching more than 300,000 people and receiving almost 110,000 video views. 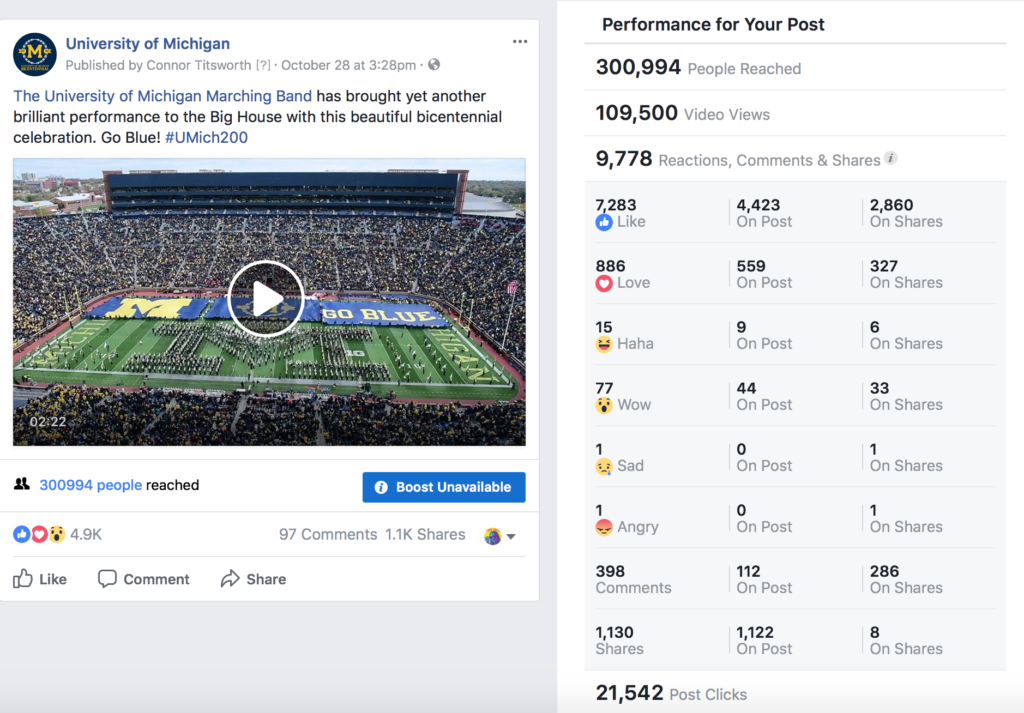 Also popular on Facebook this month was our livestream of HAILstorm!, the finale of the UMich200 Fall Festival. HAILstorm! celebrates U-M’s past, present, and future through a show of light and sound projected onto the façade of Rackham Building. The livestream had over 21,000 unique viewers, with nearly 8,500 of these viewers watching for at least 10 seconds.

Our top tweet of the month was one of our daily bicentennial messages, which commemorated Bob Ufer, U-M alumnus and Michigan Football broadcaster, on the 36th anniversary of his death. This tweet garnered more than 84,500 impressions and received 3,000+ total engagements. 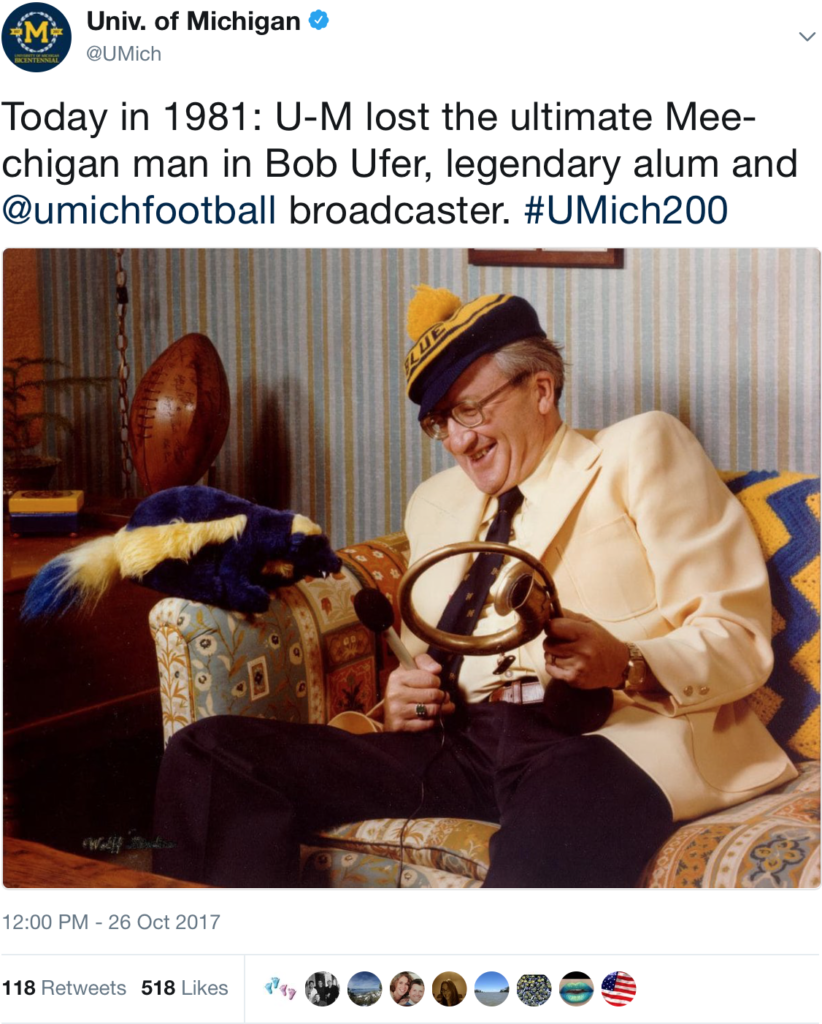 UMSocial’s Halloween video, which pays homage to the popular “Stranger Things” series and the recent release of the movie “It,” was featured in another one of our top tweets this month, garnering more than 5,600 media views.

We’re all victors down here.🎈🎈🎈

Be safe as you celebrate wolverines. Happy Hail-o-ween! 🎃 #GoBoo pic.twitter.com/ou8RjspxcB

Our top-performing Instagram post of the month featured a post shared by an alumna on game day counting down the weeks until she marries her “favorite Wolverine.” This post received 113K impressions and 6,752 likes. 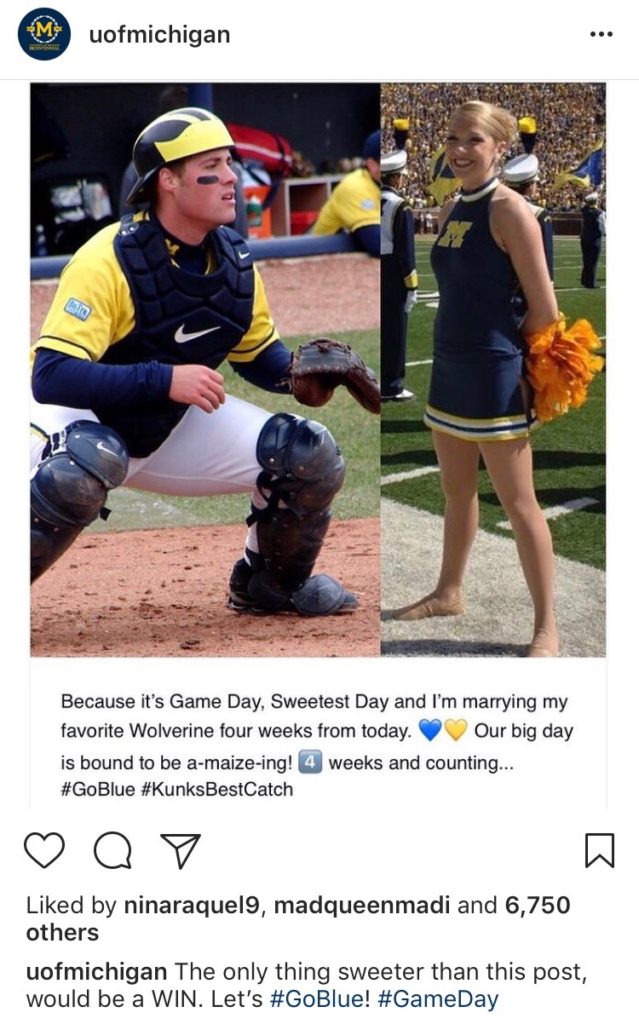 On October 15, DPSS took over our Snapchat to talk about their upcoming annual Purple Run. The Purple Run is a 5K race that raises money to support survivors of domestic violence. The proceeds from the event go to SafeHouse Center in Washtenaw County, which serves as a resource for survivors of sexual assault and domestic violence within the community.

This month on Spotify, we featured our first-ever #UMichMixtape curated by a U-M professor. Professor Stephen Rush from SMTD showcased the influence of free jazz saxophonist-composer, Ornette Coleman, on jazz music. This playlist currently has more than 300 followers.

Thanks for following along! Check back next month for reflections and insights about our creative campaigns and top-performing posts of November.