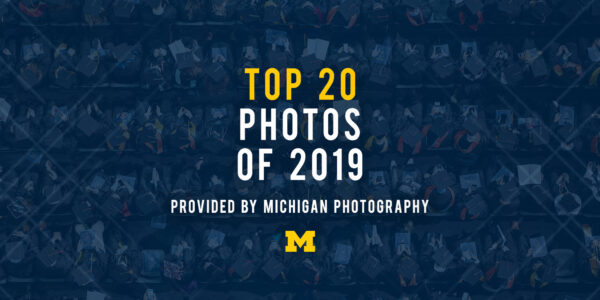 As we head into a new decade, here are some of our favorite moments captured in 2019 by our talented photographers: 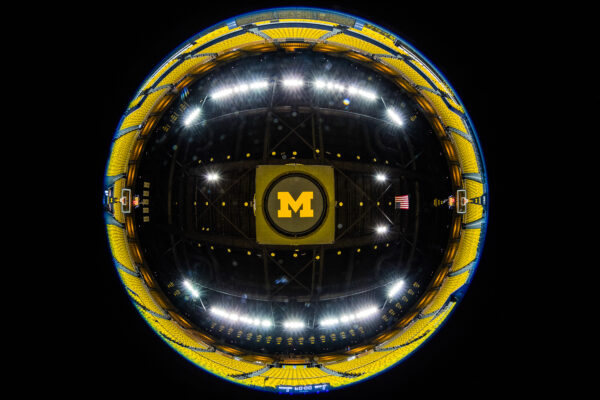 Crisler Center is set up for a Maize-out before the Michigan State men’s Basketball game. 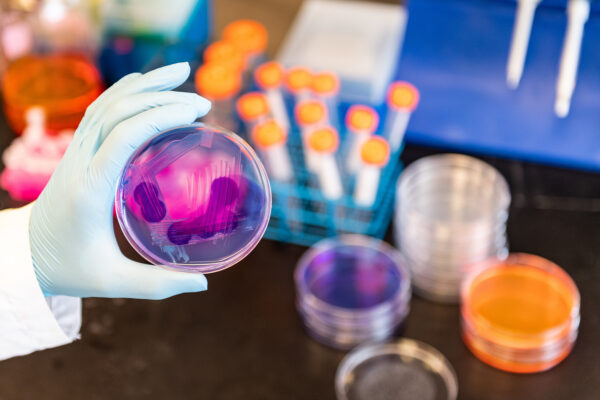 A researcher holds a petri dish for a stock photo shoot to accompany a story on the UM Gateway in March. 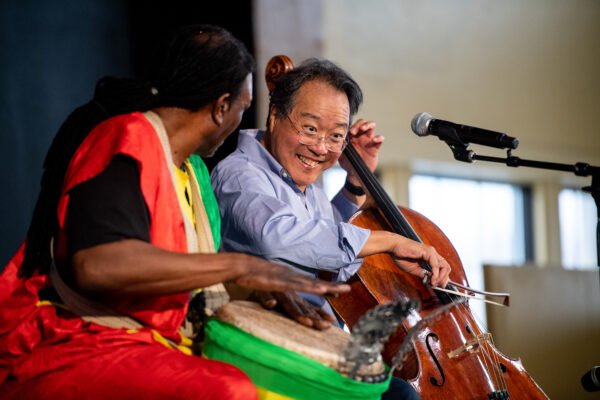 Cellist Yo-Yo Ma plays with Baba Collins at Berston Field House when Ma visited Flint for a “Day of Action.” 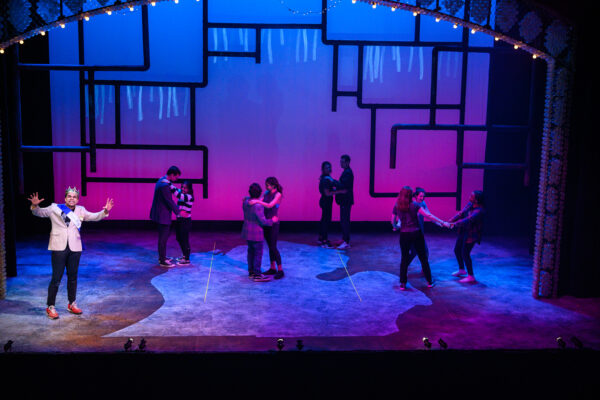 Students from the School of Music, Theatre & Dance perform in professor Jose Casas’ play “Flint” at the Arthur Miller Theatre in April. 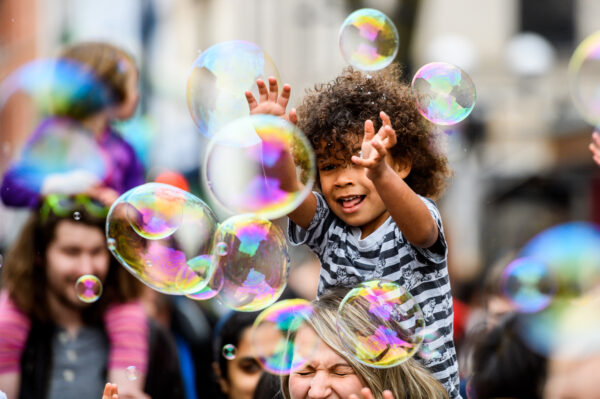 Visitors to the annual FestiFools celebration in downtown Ann Arbor are delighted by a performance involving bubbles. 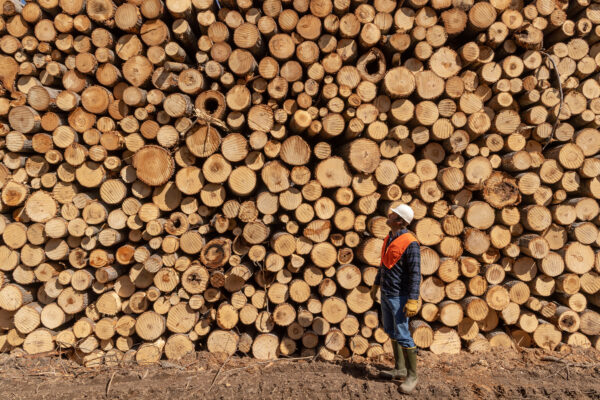 Luke Nave, an associate research scientist, Ecology and Evolutionary Biology, looks at a stack of aspen trees that had been cut from a section of land on the UM Biostation near Pellston in the northern Lower Peninsula, as part of an ongoing study on climate change. 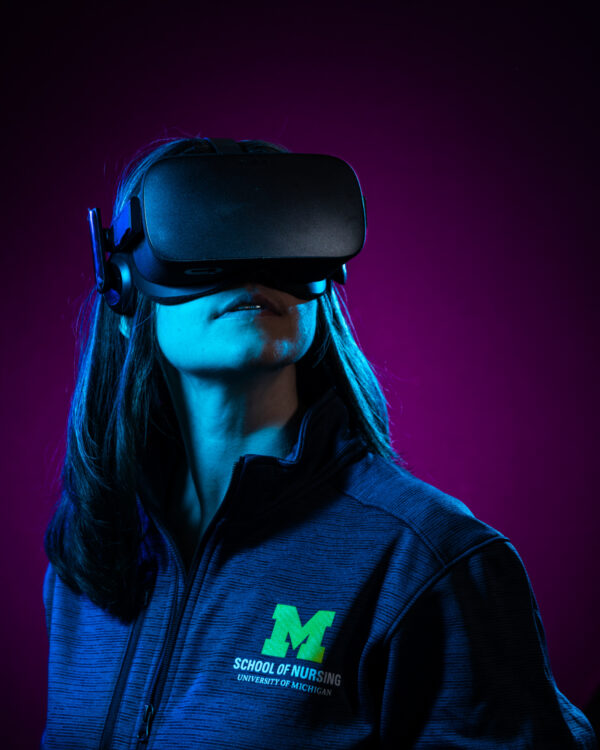 Graduate nursing student Brooke Lehmann demonstrates the use of virtual reality in the classroom to help students prepare for real-world situations. 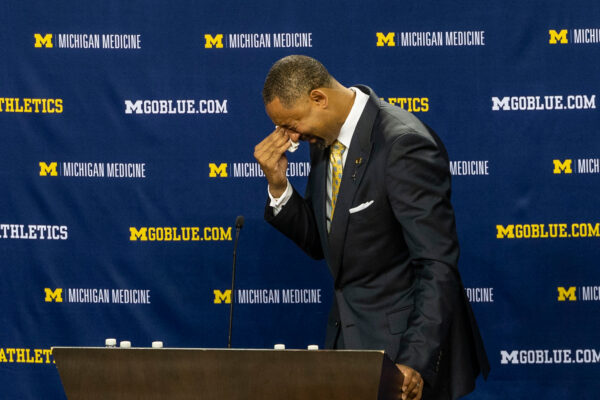 Former University of Michigan men’s basketball All-American Juwan Howard wipes away tears after being named the David and Meredith Kaplan Men’s Basketball Head Coach in May. 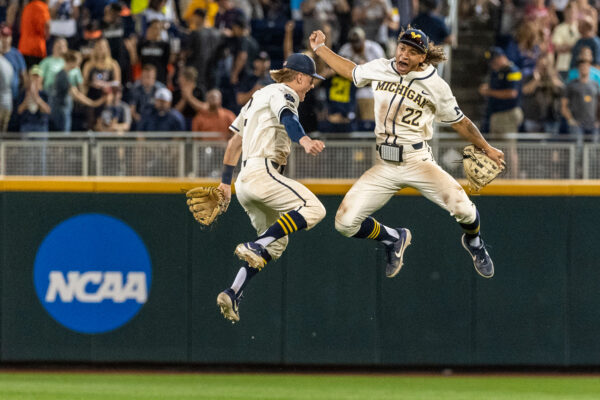 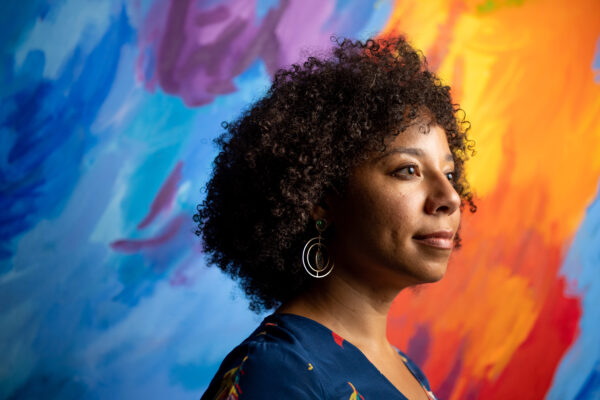 Amanda Alexander, founding Executive Director of the Detroit Justice Center, was photographed for a story on the Prison & Family Justice Project at the Law School in which she founded. The Project provides legal representation to incarcerated parents and advocates for families divided by the prison and foster care systems. 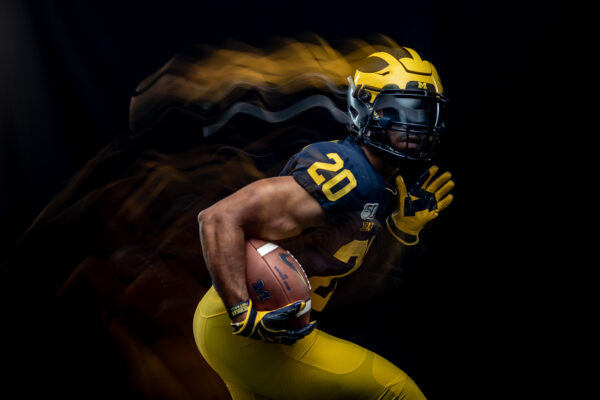 A slow camera shutter speed was used to capture a bit of motion during the annual promo shoot for Michigan Football. 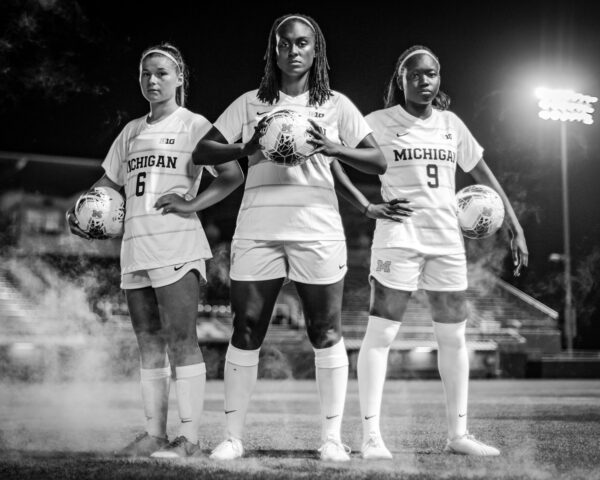 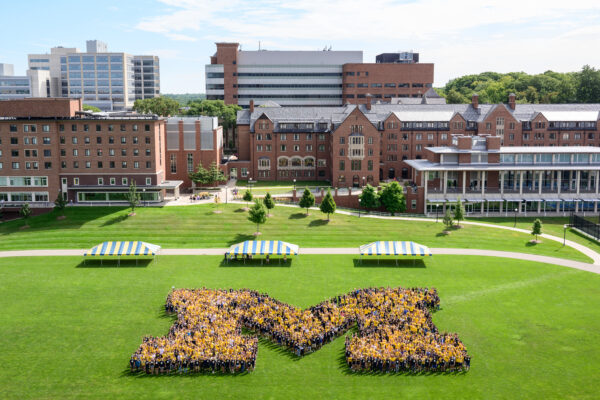 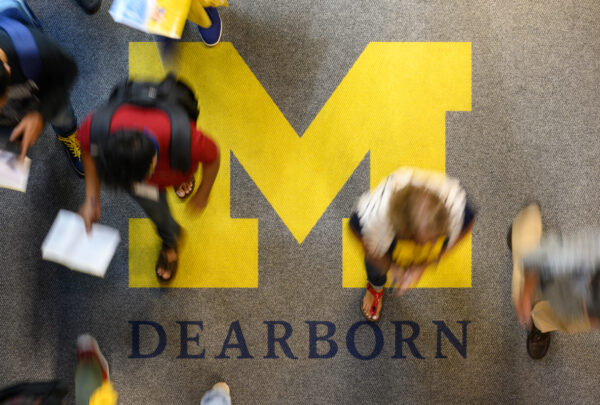 UM Dearborn students make their way out of the fieldhouse during Go Blue Orientation Day. 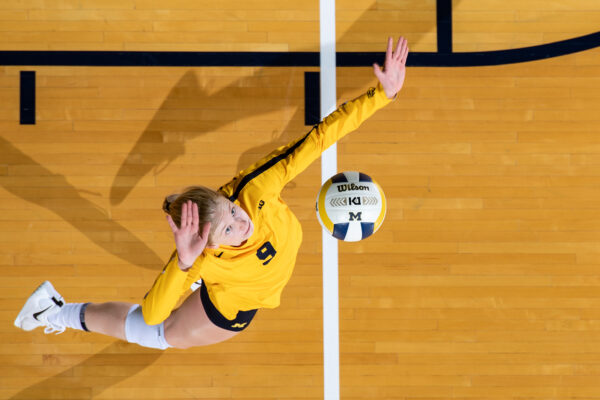 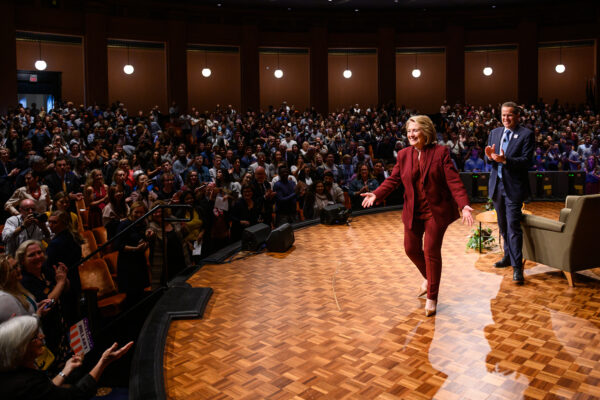 Former first lady and secretary of state Hillary Rodham Clinton greets the crowd after her lecture at Rackham Auditorium. 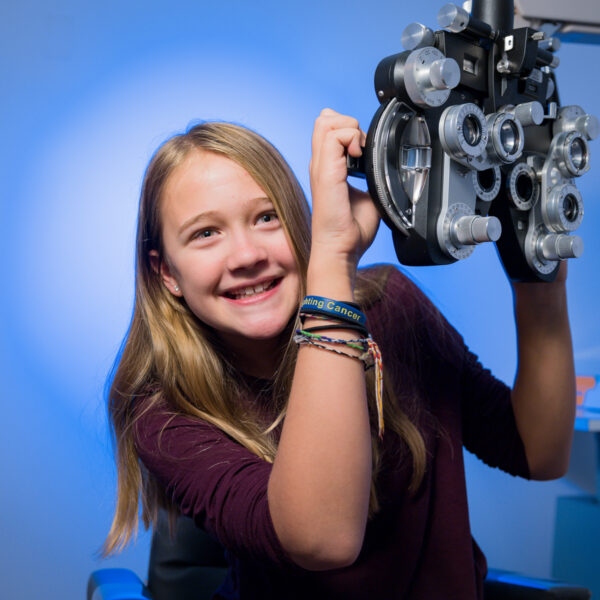 Bella Guzzardo, a patient participating in an ongoing clinical study at the Kellogg Eye Center, was photographed for the department’s annual report. 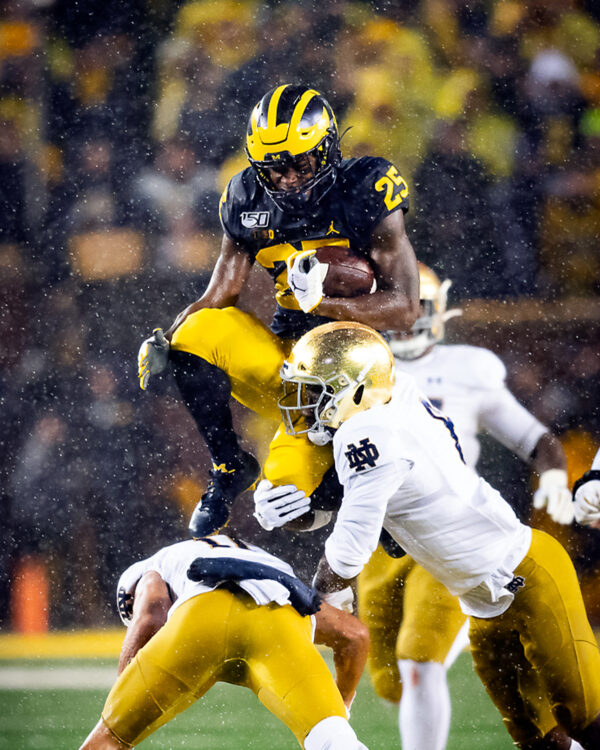 Michigan running back Hassan Haskins hurdles over a charging Notre Dame player during the game against Notre Dame Oct. 26 at The Big House. 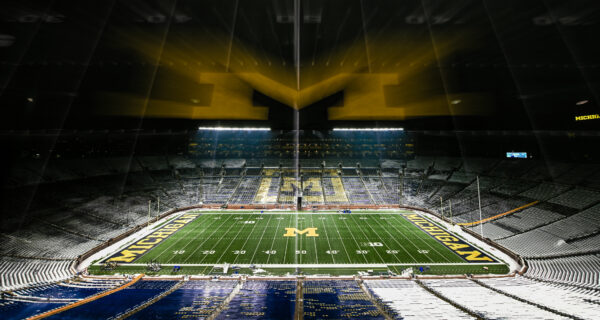 An in-camera double exposure of Michigan Stadium, partially cleared of snow just before the game against Michigan State. 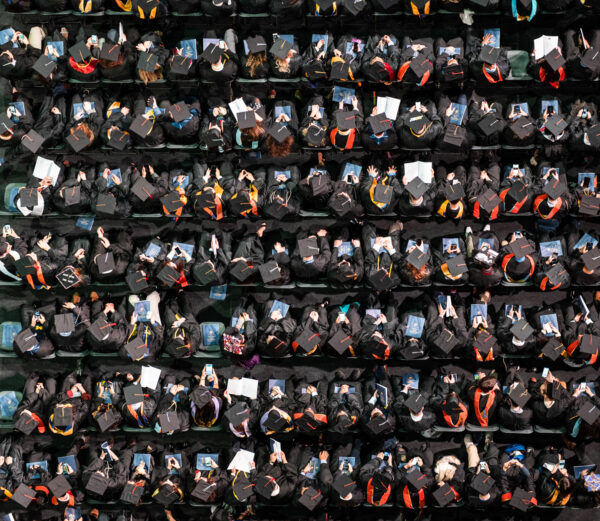 An overhead view of the graduates during the 2019 winter commencement at the Crisler Center.