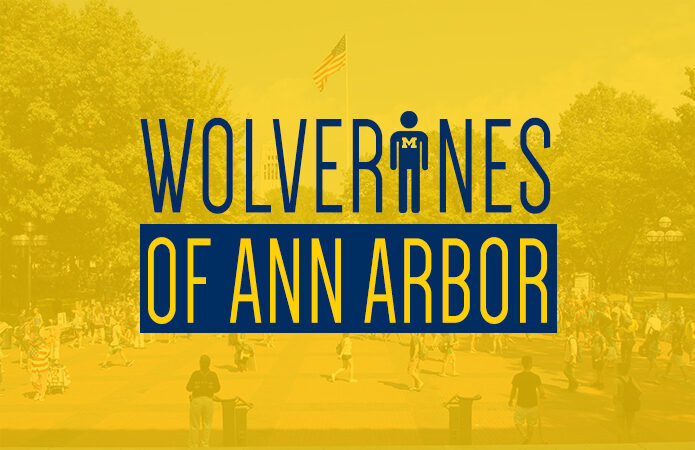 I have always been fascinated by how, despite the interconnectedness of humanity, two people could go their entire lives ‘not existing’ to each other, simply because they never happened to cross paths. John Koenig, in The Dictionary of Obscure Sorrows, defines “sonder” as “the realization that each random passerby is living a life as vivid and complex as your own—populated with their own ambitions, friends, routines, worries and inherited craziness—an epic story that continues invisibly around you like an anthill sprawling deep underground, with elaborate passageways to thousands of other lives that you’ll never know existed, in which you might appear only once, as an extra sipping coffee in the background, as a blur of traffic passing on the highway, as a lighted window at dusk.”

With that in mind, and inspired by Brandon Stanton’s Humans of New York, I created Wolverines of Ann Arbor for a Writing 200 mini-course in the Winter 2015 semester. My goal was to bring to light the lives and stories of those who’ve been touched by the University of Michigan.

This summer, I had the opportunity to join #UMSocial as an intern, and I offered Wolverines of Ann Arbor to the team. I wanted to increase Wolverines’ reach, and featuring the photo-essay series on UMSocial’s social platforms would help it to reach its greatest potential, and share these amazing Michigan stories with a wider audience.

So I’m delighted to announce that Wolverines of Ann Arbor will be launching on UMSocial platforms this month. We’ll be posting stories twice a week: on Instagram every Monday and on Facebook every Wednesday. If you know someone who’s got a great story to share, please let us know by e-mailing UMSocial Umsocial@umich.edu. We’re looking for all sorts of stories: from that dining hall employee who always makes you smile, to the professor who tells hilarious jokes at 8am on Monday, to that friend of yours who inspires you every day.

Since the beginning of Wolverines of Ann Arbor, the goal was to capture the organic essence of the University of Michigan, by featuring real people talking about real emotions, real beliefs, and real thoughts. All statements made by individuals photographed belong to the individual and do not necessarily represent the beliefs and opinions of the University of Michigan. Wolverines of Ann Arbor launches in August 2015; we hope our posts about the people of #UMich whet your interest and encourage you to add your own story.

This post was written by Nadia Karizat, #UMSocial Intern and Communications Sophomore.