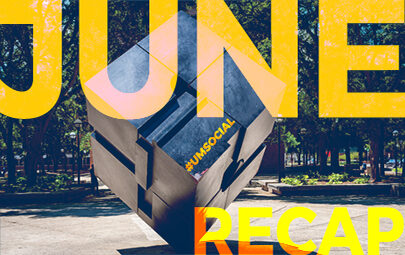 As we enter the second half of summer, UMSocial reflects back on a month that featured some of the top-performing posts of the whole year. From the Go Blue Guarantee to the Tony Awards, U-M’s recent accomplishments made waves on social. Follow along for some key highlights.

On June 15, the U-M regents passed the Go Blue Guarantee, which will provide free tuition for in-state students with family incomes of less than $65K. As a breakthrough financial aid program making higher education more accessible, posts about the Go Blue Guarantee performed well on all platforms. On Facebook, the post was our highest performing of the month, as well as our second-highest performing post of the last year. 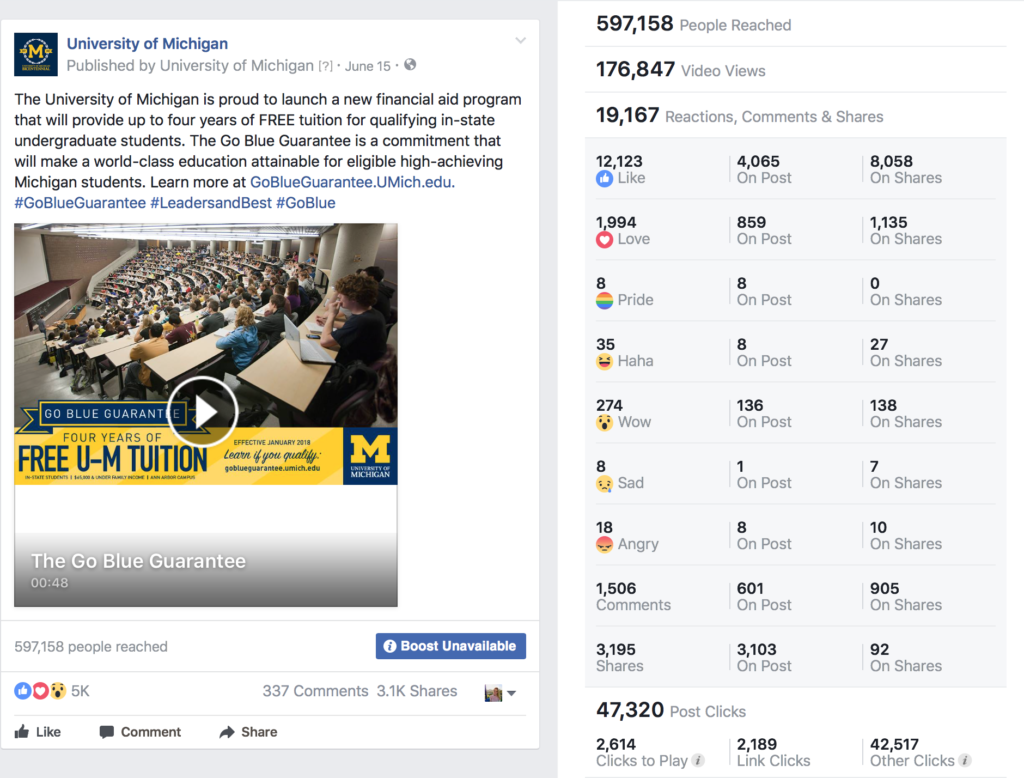 Also popular on Facebook this month was a clip of U-M alum Gavin Creel, dedicating his Tony Award to the U-M School of Music, Theatre & Dance. This post reached more than 240,000 people.

On June 30, we hosted a #UMichChat about the intersection of climate change and policy change. This conversation aimed to address questions and concerns among our community about whether or not our federal government’s withdrawal from the Paris Agreement would impact efforts to address climate change. Our panelists included university, local, and regional experts who research climate change through a political lens, and who work to inform communities about how they can contribute to sustainability efforts. 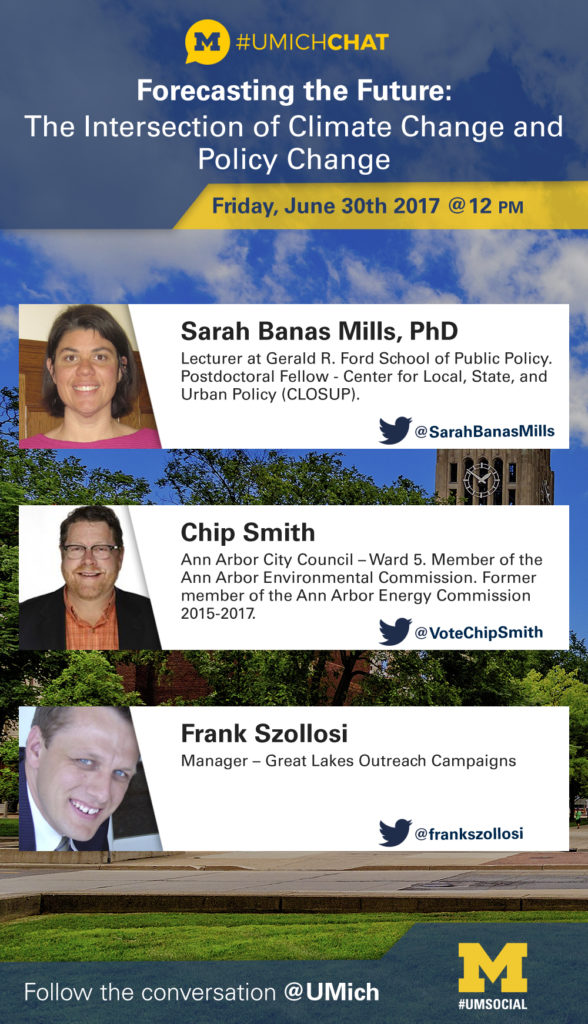 We learned that many city and state governments—including Ann Arbor and the state of Michigan—are filling the void left by the federal government by strengthening their existing environmental policies and reaffirming their commitment to the Paris Agreement. Our panelists agreed that it isn’t too late to address climate change, but students and policymakers alike are responsible for ensuring we don’t pass that deadline.

On June 8, the QS University Rankings for 2017–2018 were released, and U-M maintained its ranking as the #1 public university in the U.S. This became our top tweet of the month, garnering over 156,000 impressions and receiving more than 14,000 engagements. 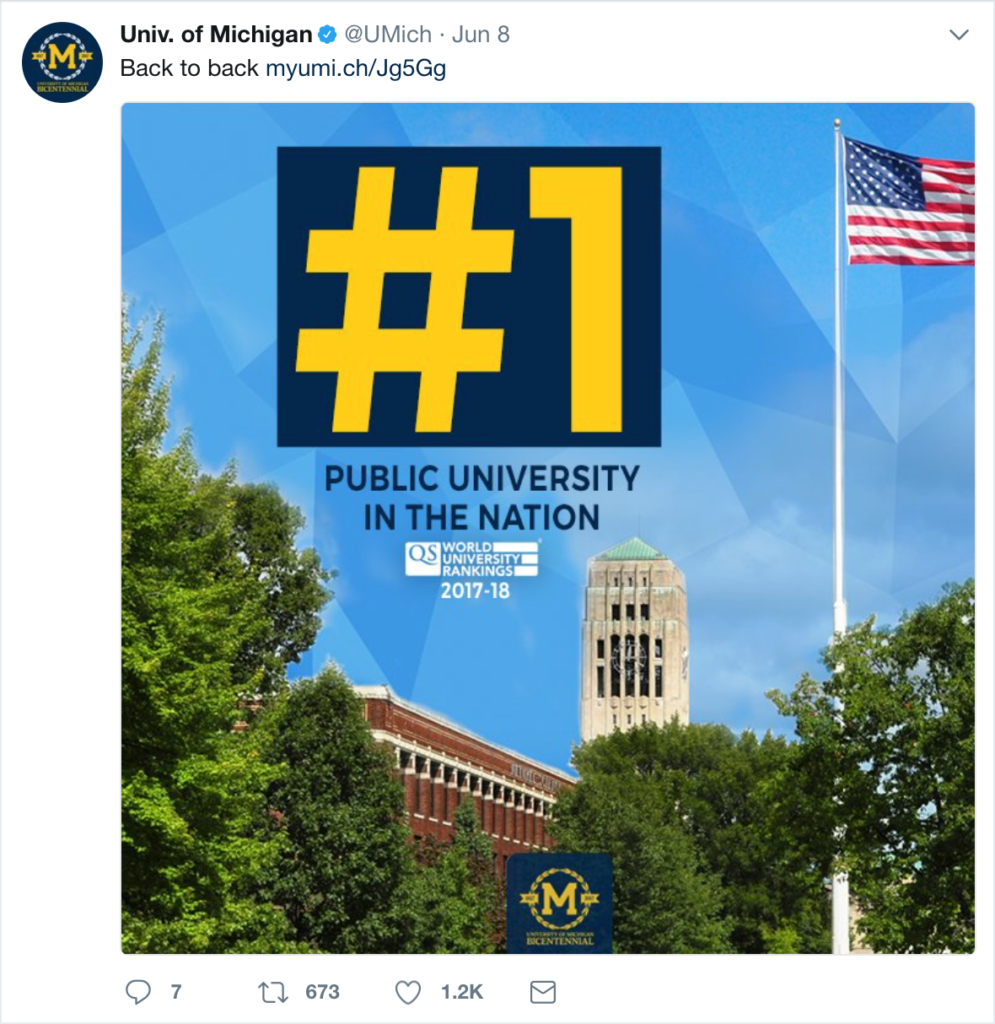 On June 4, we posted a photo of an adorable marriage proposal inside Hatcher Graduate Library. This became our top-performing Instagram post of the month, receiving 228K impressions and 9,465 likes. 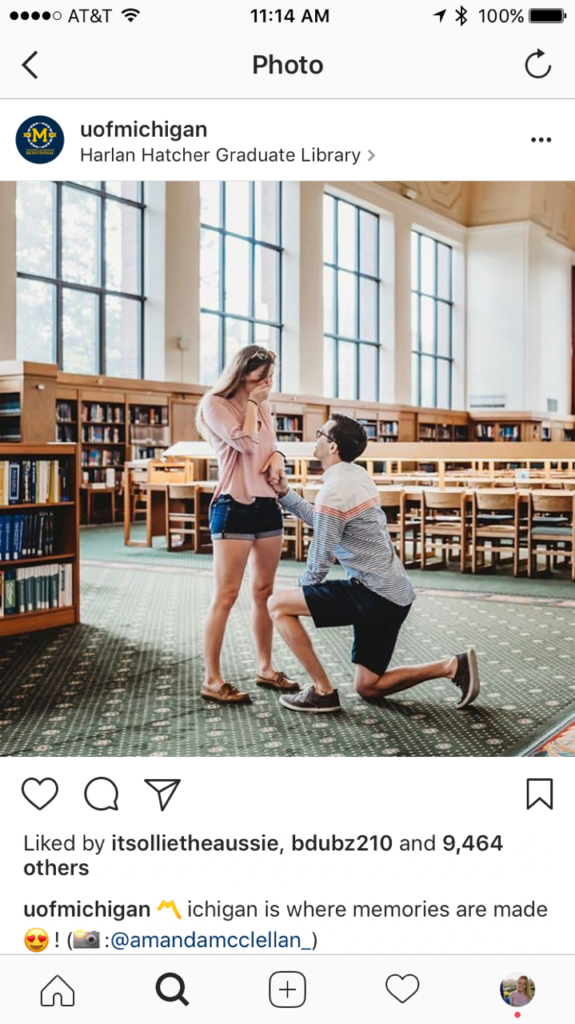 Thanks for following along! Check back next month for reflections and insights about what UMSocial accomplishes in July.