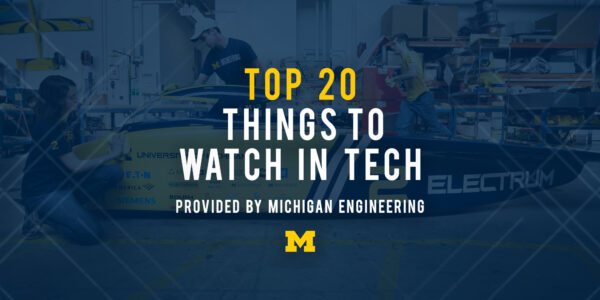 Experts from the University of Michigan College of Engineering share some of the major advancements in tech that occurred in 2019 and what we can watch for in 2020.

Putting the AI in aviation

Somewhere, in a parallel universe, there is an Ella Atkins who happily does her research on autonomy in aerial vehicles, licenses software to aircraft companies and generally makes airspace a safer place.

Channel Coding for Next Generation 5G and Beyond
With the help of two NSF awards totaling $1.7m, Prof. Hessam Mahdavifar is tackling new problems to improve the reliability of communication systems for 5G and beyond. 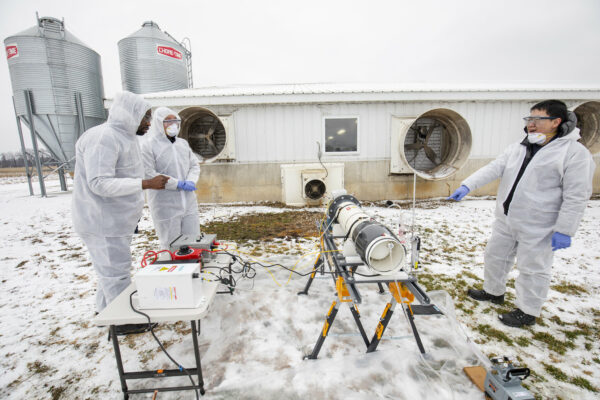 Halderman recommends actions to ensure integrity of US systems

For the 50th anniversary of the Apollo 11 moon landing, U-M ECE took a look back – and a look forward – to how our professors, students, and alums have made their mark on the field.

With the help of a VR headset, three students helped a doctor stay focused in the operating room. 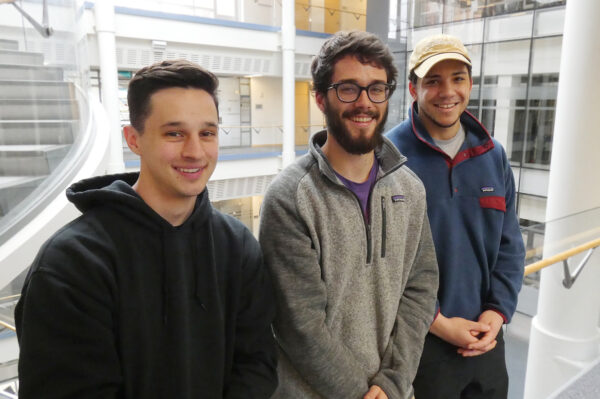 Climate change: Why removing CO2 from the air isn’t enough

Switching to large scale renewable resources is the only way to curb extreme carbon capture costs.

How an AI solution can design new tuberculosis drug regimens

A new method could replace trial and error drug development.

The team of twelve students is one of ten worldwide working to give Amazon’s Alexa more human-like conversational skills. 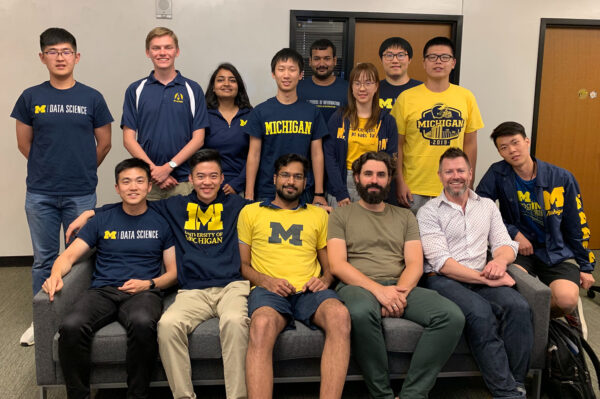 Using swarms of drones to map and help fight wildfires

To monitor and stop the spread of wildfires, University of Michigan engineers developed UAVs that could find, map and report fires.

Michigan took first place at this year’s Applied Collegiate Exoskeleton (ACE) competition held in Ann Arbor. While there are many uses for exoskeletons, or robotic suits, the ACE competition evaluates suits that are designed to serve first responders. 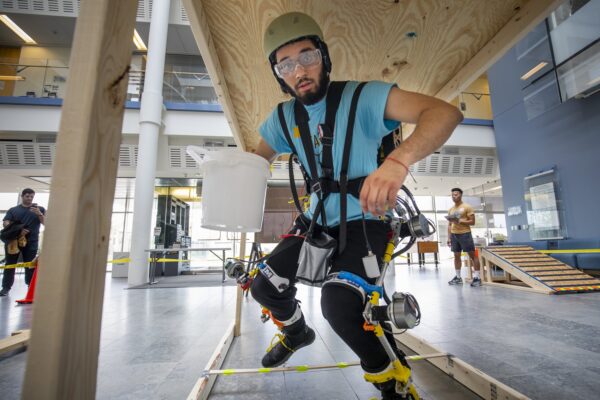 The frame in which a human marks out the boundaries of an object makes a huge difference in how well AI software can identify that object through the rest of the video.

Mostafa Zaky has built an award-winning model that helps estimate the amount of water stored in snowpacks, which could improve climate change and flood forecasting, as well as overall water resource management.

Advancing microelectronics and systems for the security of the future

The percentage of websites protected with HTTPS secure encryption has jumped from just over 40% in 2016 to 80% today. That’s largely due to the efforts of Let’s Encrypt, a non-profit certificate authority co-founded in 2013 by University of Michigan professor J. Alex Halderman.

The new working group showcased Michigan’s strength in Quantum Science at a workshop attended by researchers throughout the University of Michigan.

MHybrid– a multidisciplinary, student-run organization – was founded in 2011 with the mission to design, build, test, and finance their own high-performance, hybrid-electric Formula-style race car. This year, they rebranded as Michigan Electric Racing (MER) and competed against teams from all over the world. 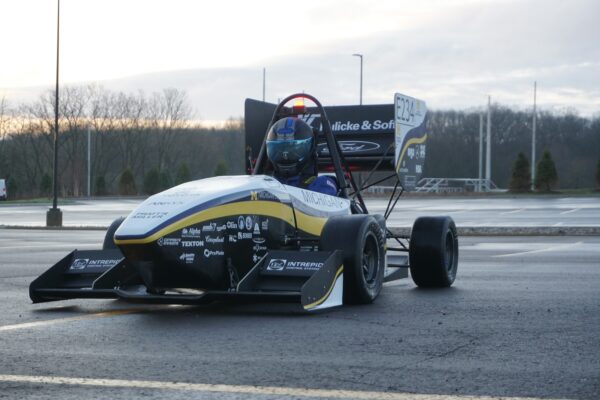 The MER19 was designed, built, and tested entirely by students.

By zeroing in on humans’ gait, body symmetry and foot placement, University of Michigan researchers are teaching self-driving cars to recognize and predict pedestrian movements with greater precision than current technologies.

Technology pioneered by Michigan researchers has made a promising advance toward widespread adoption.