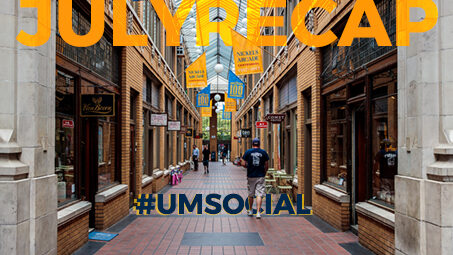 Even in the midst of summer, activity on campus and online remains as busy as ever. July presented UMSocial many opportunities to highlight some of the exciting research and programming going on at U-M. Follow along for some key highlights. 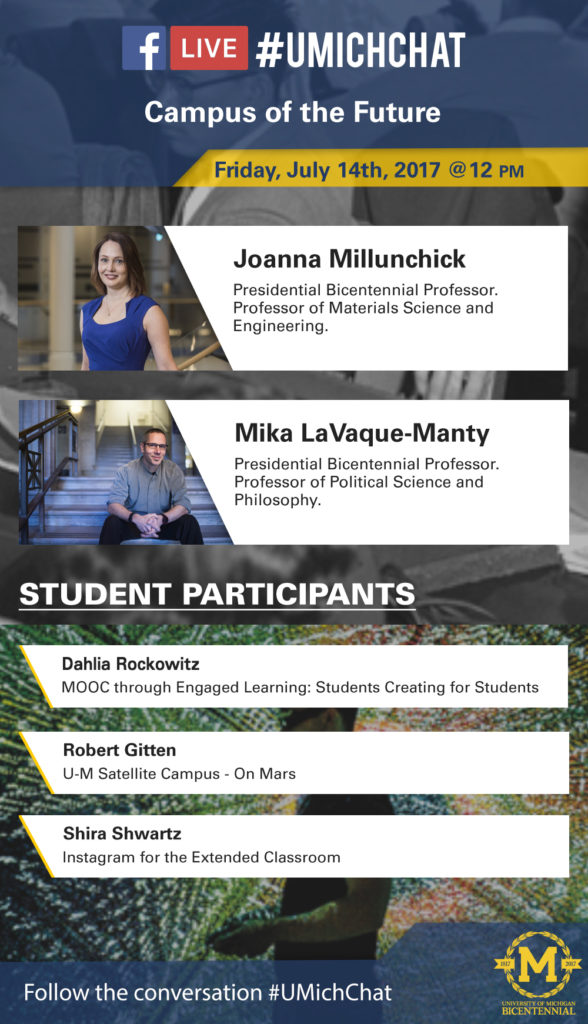 You can find a recap of the chat here, or watch the entire livestream on Facebook.

On July 11 we shared a Michigan Health blog titled: “Why Your Tight Ponytail Causes a Painful Headache.” This resonated with many of our followers who experience this issue regularly. Their heavy engagement with this post made this our top-performing post of the month. 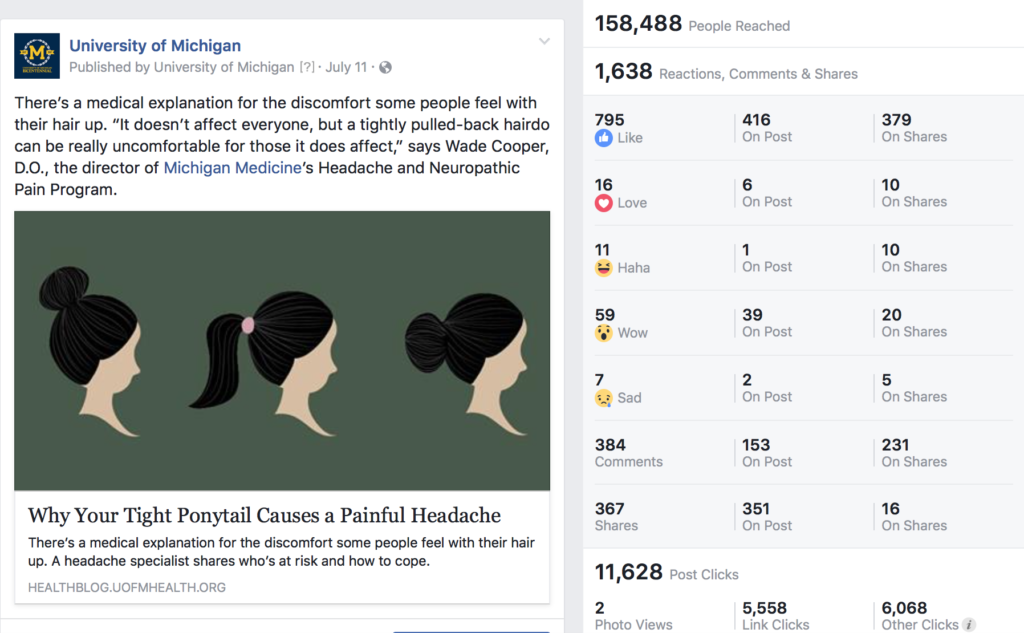 Our daily bicentennial tweets performed particularly well this month, accounting for three of our top five performing tweets. The top tweet was posted on July 26 to commemorate Apollo 15 heading to the moon on that day in 1971. This tweet garnered over 73,000 impressions and received more than 1,800 total engagements. 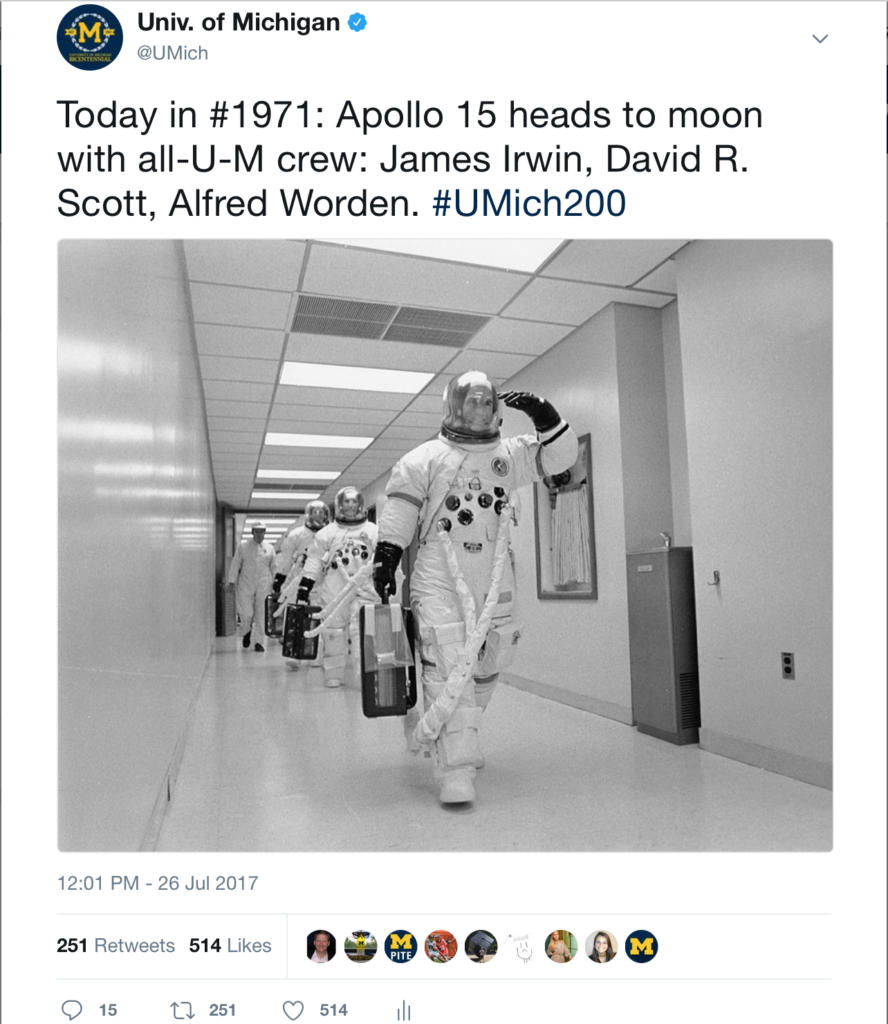 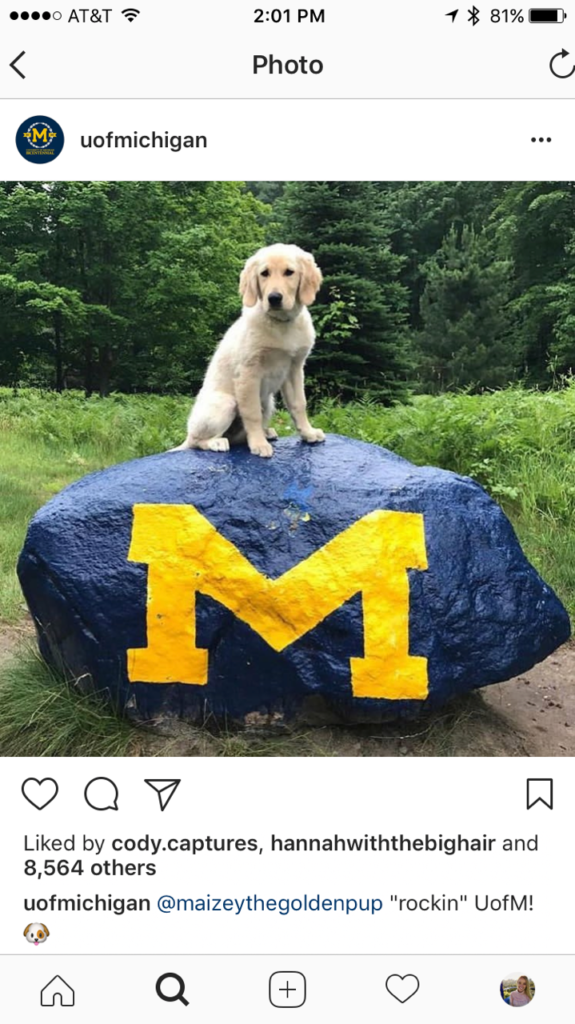 On July 26, we celebrated the 27th anniversary of the Americans with Disabilities Act (ADA). We created a Snapchat story explaining the law and highlighting the work of U-M’s Office of Services for Students with Disabilities (SSD), which was founded only a few months after the landmark 1974 Vocational Rehabilitation Act was passed.

Also popular on Snapchat this month was a story about Snapchat’s newest features created by LSA’s social media team. They showed our followers how to use backgrounds, how to add links, and how to use voice filters.

Thanks for following along! Check back next month for reflections and insights about our creative campaigns and top-performing posts of August.